SfL Co-Chair A.G. Kawamura, a California produce grower and shipper, told a gathering of global agriculture and food system leaders today that an “agricultural renaissance” now underway in the 21st Century, shifting humanity “towards a new framework of whatever is possible is feasible, and whatever is feasible is now achievable in record time.”

Kawamura said the 21st Century Agricultural Renaissance is in full stride, noting that in the previous century, “a cascade of new knowledge, technology, invention and innovation” is providing the momentum this century that is enabling agriculture to meet its critical role and help achieve the UN’s Sustainable Development Goals.

Citing new systems and practices put in place on his California operation leading into this new century – precision drip irrigation and fertigation; Integrated Pest Management (IPM) to bio-control with predators and microbial antagonists; widely varied soil amendments; field testing drought-, heat-, salt- and disease-tolerant new cultivars; and using satellite guided tractors, among many other advances – Kawamura also said he has learned to partner with farmers in other countries and find out that they have learned to grow crops better than we do and together we learn how to be better, safer and more efficient.

“In an Agricultural Renaissance, humanity shifts towards a new framework of whatever is possible is feasible and whatever is feasible is now achievable in record time,” Kawamura told the international gathering. “Imagine stewards of the land, on whatever continent they reside, being recognized, valued and compensated – not just for the food, feed and fiber they sustainably produce, but for the equally important water they filter and store, the biodiversity and wildlife habitat they enhance, soil carbon they sequester, the clean energy they generate, and perhaps most importantly, for the livelihoods they improve.”

He concluded by warning that given the challenges now facing the global food system, “we must recognize that we do not have the luxury to continue to depend on a ‘think-tank’ mentality. We must embrace a ‘do-tank’ philosophy and get to work creating and building the solutions from the land that lead to abundance and resilience.

“An Agricultural Renaissance strategically aligned to the UN’s Sustainable Development Goals will deliver the abundance and multiple benefits to society, the environment and the economies of the world. Agriculture in all its different forms and sizes must be successful in order for the world to thrive,” Kawamura said.

Solutions from the Land issued the following statement in response to President Biden waiving restrictions on the sale of E15 (gasoline with a 15-percent ethanol blend), now making the blend available across the nation, throughout the year. SfL applauds President Biden for recognizing the benefits...

END_OF_DOCUMENT_TOKEN_TO_BE_REPLACED 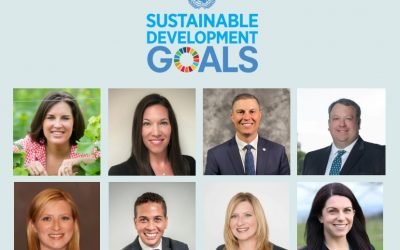 Eight prominent voices in the U.S. food and agriculture sectors have come on board as farmer envoys for Solutions from the Land. They join SfL as part of the organization's broad mission to advance land-based solutions to the interconnected challenges the world now faces, ranging from food and...

END_OF_DOCUMENT_TOKEN_TO_BE_REPLACED

In light of world events and our vulnerability they underscore when we honestly acknowledge our dependence on petroleum-derived fuels, Solutions from the Land (SfL) President Ernie Shea has issued the following statement: "SfL applauds President Biden's goal of doubling America's clean energy...