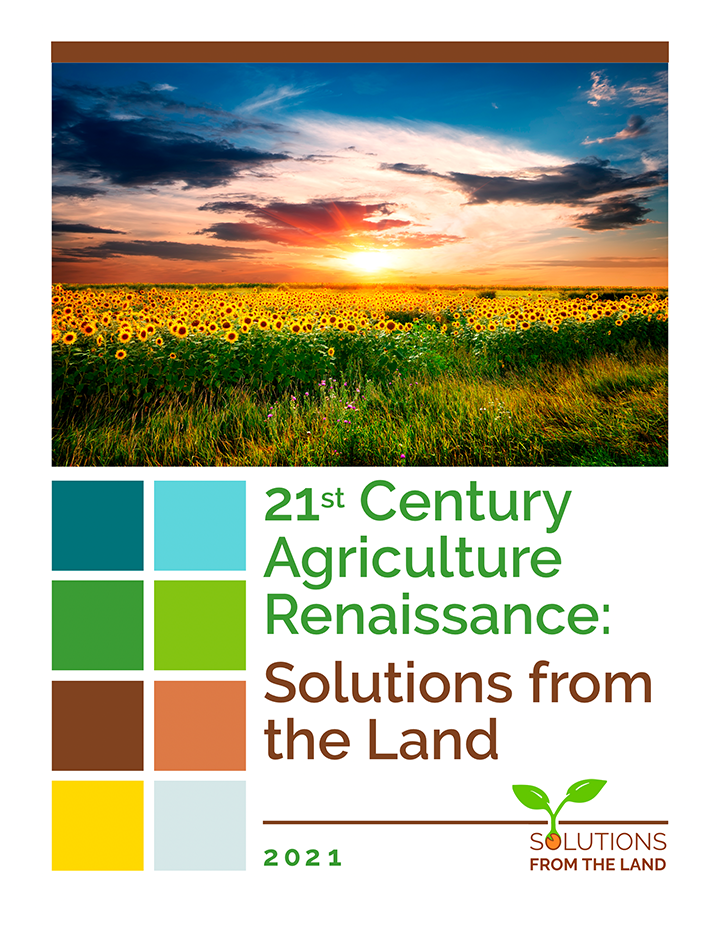 “There has never been a greater need for an Agricultural Renaissance. The many voices of farmers, echoing across centuries of scarcity and abundance, challenge us to find new ways forward, paths that produce abundance for expanding populations while rejecting wasteful destruction of resources. We must seek these new ways to collaborate and innovate together. For if we can create an unprecedented pathway of collaboration as many peoples who inhabit this small planet, we may be able to tell the remarkable story of our species as it re-learns to thrive sustainably.”

The 21st Century Agriculture Renaissance: Solutions from the Land report was written by farmers, ranchers, foresters and other land stewards, advised by a broad team of nationally and globally renowned experts: scientists, climate and clean energy authorities, conservation and environmental specialists, food systems and supply chain partners, economists, government agency officials, and more. It lays out a vision for an agricultural renaissance in this century and offers a model for constructing sustainable and resilient systems across working landscapes to counter growing interlinked global food security, nutrition, health and climate challenges.

Thanks to hard work, indigenous knowledge, innovation and technology, and uncommon collaboration among those who make their living off the land, agriculture is poised to bloom, grow, and emerge as a primary solution pathway towards the achievement of worldwide sustainable development goals. SfL invites partners across the planet to join in this epic quest and movement to position farmers, ranchers and foresters at the forefront of addressing global challenges.

A.G. Kawamura is a third generation produce grower and shipper from Orange County, California. From 2003 to 2010 he served as the Secretary of the California Department of Food and Agriculture. He is founding co-chair of Solutions from the Land (solutionsfromtheland.org), a nationally recognized non-profit that is developing innovative and sustainable climate smart collaborations for 21st century agriculture. He serves on multiple boards and advisory committees including the Farm Foundation Board; Western Growers Board and former Chair; Roots of Peace Board; CSU Agricultural Research Institute, Board of Governors; Ag Advisory Committee for the Chicago Council; Bipartisan Policy Center, Ag & Forestry task force; Advisory Council for Honor the Harvest.

For over 40 years Mr. Kawamura has pursued a lifelong goal to work towards an end to hunger and malnutrition. Locally, he is founding chair of Solutions For Urban Ag (SFUA.org). He has worked closely with Regional Food Banks and stakeholders to create exciting urban ag projects that focus on nutrition, hunger, education and advanced food systems. As a progressive farmer, Mr. Kawamura has a lifetime of experience working within the shrinking rural and urban boundaries of Southern California. A.G. graduated with a BA from UC Berkeley and was a member of Class XX of the Calif. Ag Leadership Program.

Howard-Yana Shapiro has been involved with resilient agricultural and agroforestry systems, plant breeding, molecular biology and genetics for over 50 years. He has worked with indigenous communities, NGO’s, governmental agencies and the private sector around the world. In 1989 he helped create Seeds of Change, an organic seed producer and supplier. The company was acquired by Mars Incorporated in 1997, and Shapiro took on the role of Chief Agricultural Officer. He is a Senior Fellow in the College of Agriculture and Environmental Sciences at the University of California, Davis and a Distinguished Fellow at The World Agroforestry Center. He has been a university professor, Fulbright Scholar, Ford Foundation Fellow, and has won the National Endowment for the Humanities Award. In 2007 he was awarded the Organic Leadership Award by the Organic Trade Association, and in 2009 he was honored with UC Davis’ College of Agricultural and Environmental Sciences Award of Distinction.

He co-authored the IAASTD chapter on Biotechnology and Biodiversity. He was a member of the National Research Council Committee on Citrus Greening and a founding member of the Keystone Roundtable on Sustainable Agriculture. He was Chairperson of the Board of the Agriculture Sustainability Institute at UC Davis for 10 years and in 2014 he co-authored the Mid-Term Review of the CGIAR.

He led the global effort sequencing, assembling and annotating the Theobroma cacao genome, and initiated the Arachis genome.

He co-authored Chocolate: History, Culture and Heritage. This landmark work, featuring new and unpublished information on this fascinating history, rewrites the past of one our most favorite foods.

Shapiro founded the African Orphan Crops Consortium (AOCC) and the African Plant Breeding Academy (AfPBA) in 2012. The effort will sequence, assemble and annotate 101 key food cultivars, which are the backbone of African nutrition. Additionally, the AfPBA will train 150 African scientists in modern breeding technology for discovery and translation of new nutritionally improved varieties. Currently there are 115 graduates of the AfPBA, 283 crop breeding programs in process with 57 genomes complete.

In August of 2018 he published in PLoSBiology, the landmark paper, that shows for the first ime one such maize landrace grown in nitrogen-depleted fields near Oaxaca, Mexico, 29%-82% of the plant nitrogen is derived from atmospheric nitrogen. This work was done under the Nagoya Protocol, with Access to Benefit Sharing to the community where the work took place and with an Internationally Recognized Certificate of Compliance.

In October of 2018 he co-launched the Foldit Aflatoxin Puzzle with 460,000 online gamers to redesign and improve enzymes to degrade aflatoxin. 1,600,000 puzzle solution have been submitted for testing. Currently, 10 newly designed enzymes are laboratory testing to detoxify aflatoxin in storage.

He has been interviewed and published extensively in print, on the radio and television internationally: BBC, CCTV, New York Times, Financial Times, NPR, Washington Post, The Wall Street Journal, The Guardian, Fortune, The Economist, ABC, Scientific American, Frankfurter Allgemeine Zeitung, Der Speigel, La Republicca, The Times of India, The Standard (Africa) Handelsblatt, DNA, Suddeutsche Zeitung,The World Bank, National Research Council, International Finance Corporation amongst many.
Over the last 10 years he has presented to more than 100 conferences as a keynote speaker, including TedX and TedMed, lectured at 45 universities, advised governments, NGO’s, businesses and environmental groups on policy, practice and scaling.

Featured Stories from the Land 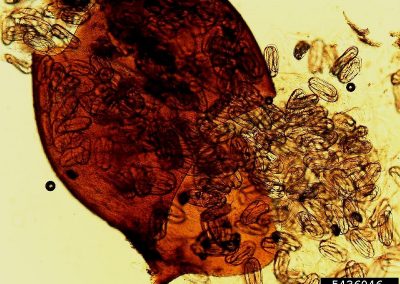 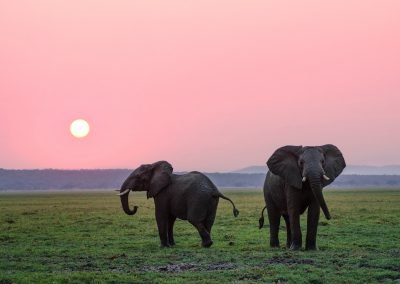 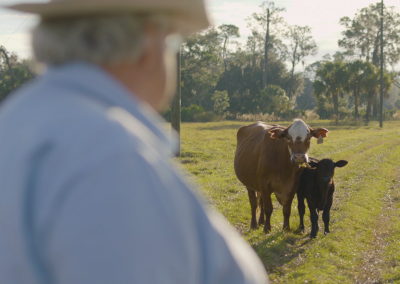 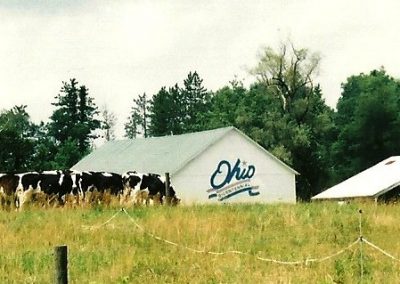 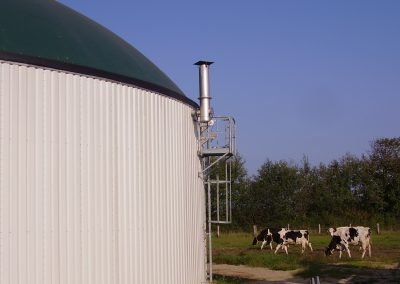 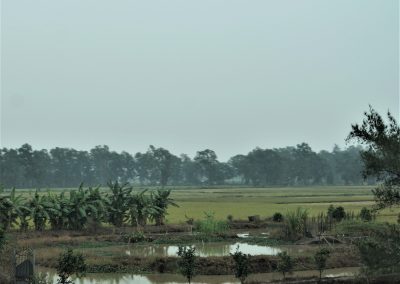 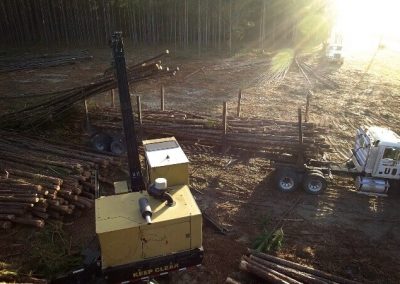 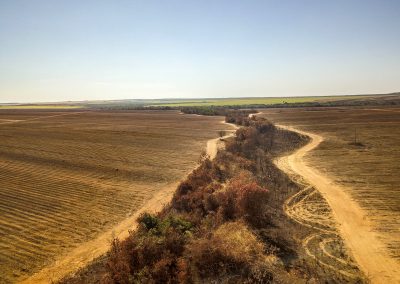 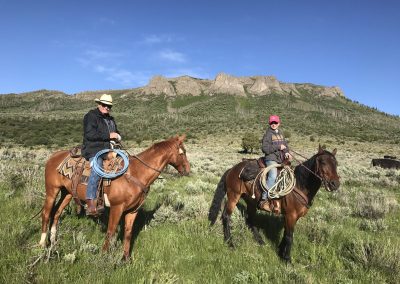 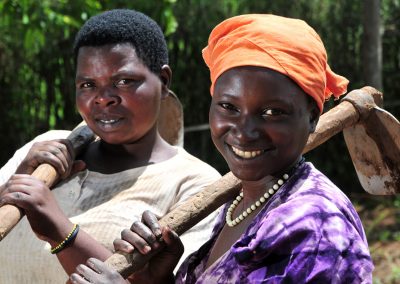