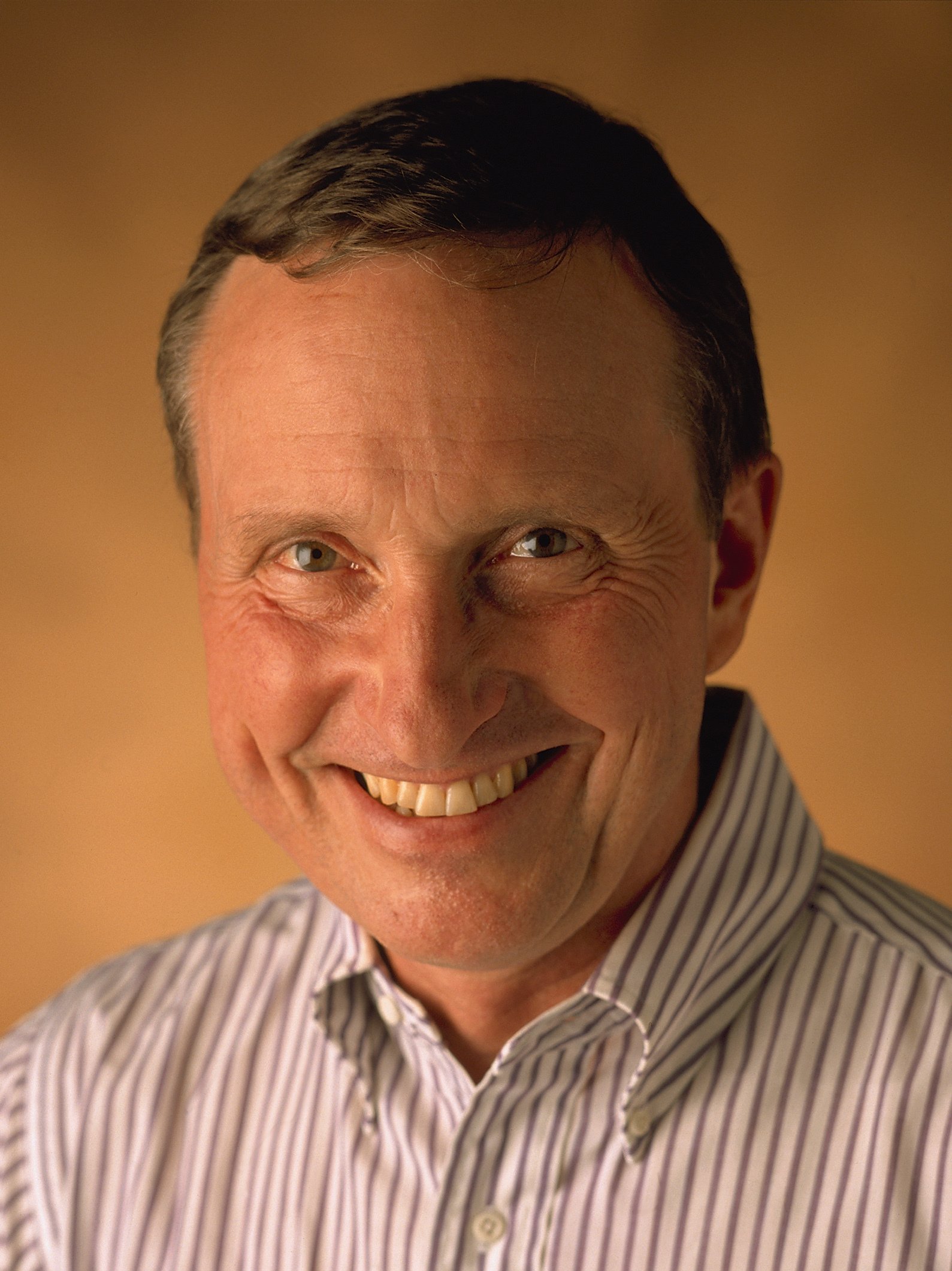 Co-Founder of Solutions from the Land

It is with great sadness that we report that Dr. Tom Lovejoy, Solutions from the Land’s founding co-chair, passed away on Christmas Day. His groundbreaking work and legacy as the “godfather of biodiversity” helped to frame both the need and the urgency for collaboration and re-alignment of thinking and resources in stewarding the world’s dynamic landscapes and watersheds. As a legendary conservation biologist and one of the world’s foremost experts of the Amazon Basin he was witness and advocate for how humans and nature must find sustainable ways to live and thrive. Tom’s willingness to work across the spectrum of policy and politics brought him to the Solutions from the Land Dialogue in 2009. With his gentle manner and persuasive insights, he built bridges of understanding addressing the challenges of climate change, deforestation and biodiversity loss. He helped generations, old and new, realize that we must embrace a willingness to see and design new solutions for age old problems of sustainably managing agricultural and environmental resources. Dr. Lovejoy’s induction into the National Academy of Sciences earlier this past year was tribute and acknowledgement of his lifelong contributions and impact on mankind’s tenuous path forward. We are heartbroken to have lost a friend, colleague, mentor and true thought leader.

Learn More About His Legacy

Tom Lovejoy, a prominent and influential conservation biologist who helped catalyze a global movement to save life on Earth as we know it, has died. He was 80.

Lovejoy was known as a pioneer of modern conservation efforts, a passionate advocate for wildlife and wild places, and a big thinker who proposed daring and innovative ideas.

Lovejoy is credited with coining the term “biological diversity”, developing the concept of “debt-for-nature” swap programs, and being one of the earliest to sound the alarm about the global extinction crisis.

“Tom was a beloved icon in the conservation field: a mentor to many, a friend to all,” said conservation biologist and ethnobotanist, Mark Plotkin of the Amazon Conservation Team. “He fought for biodiversity and against climate change through his ideas, writings, projects, initiatives and all he trained and inspired.”

Among the many organizations and institutions that Lovejoy was involved with: WWF, George Mason University, The H. John Heinz III Center for Science, Economics and the Environment, United Nations University, Global Environment Facility, The World Bank, Inter-American Development Bank, Smithsonian Institution, National Geographic, Society for Conservation Biology, Amazon Conservation Association, National Academy of Sciences, and Yale University, among many others.

“Tom, more than anyone else in history, was responsible for putting Brazil, Amazonia, and the whole of South America on the international conservation agenda back in the 1970s and 1980s,” Russ Mittermeier, now chief conservation officer at Re:wild, who worked with Lovejoy for nearly 50 years, told Mongabay. “On top of that, he was among the very first to bring both biodiversity and climate change to the attention of the world, and was without a doubt the greatest of all in linking these two critical issues, something that he continued to do to the present day.”

“In many ways he was the original ‘biopolitician’—a top-notch scientist who was just as comfortable rubbing shoulders with Prime Ministers and Senators as he was at being a muddy-kneed field biologist,” conservation biologist William F. Laurance, who took over leadership of the Minimum Critical Size of Ecosystems project from Lovejoy before the initiative was renamed the Biological Dynamics of Forest Fragments Project (BDFFP), told Mongabay. “The BDFFP evolved into one of the world’s most important field experiments and research stations and Tom used it as a platform to introduce politicians, dignitaries, and celebrities to the wonders of the Amazon rainforest.”

It is with deep sorrow that I share the news that our friend, Tom Lovejoy, passed away yesterday morning on Christmas Day, wearing his bow tie, sitting in front of a fire in his home in McLean, surrounded by his daughters, stacks of books and articles, a bottle of wine, and curiosities from around the world including a stuffed platypus.

Without much fanfare, Tom was part of WWF’s work and history almost from the beginning. Tom was the first scientist we ever hired, and he believed that science was what grounded our work to the reality of the world. And as it turned out, having Tom Lovejoy as your scientific starting point is a pretty wonderful thing. His rising star only served to lift ours and add serious credibility to our reputation as practitioners of science-based conservation.

Tom believed in relationships and for decades brought people together at Drover’s Rest, his log cabin home packed with curiosities from the natural world, and fires were lit, friendships made, and weighty topics debated over the finest meals and wine from a mammoth cellar hidden beneath his cozy home. And for decades he brought senators, institutional leaders, and scientists alike to Camp 41, a long standing research project that studied the impact of deforestation on the biodiversity of the Amazon. I count myself lucky to have had the great privilege of staying there several times, learned the proper way to sleep in a hammock, identify the source of the loudest snoring, and I always came away inspired and connected to the Brazilian Amazon in the deepest way.

“I’ve learned not to jump into making the case [for nature] instantly,” he said when I interviewed him for WWF’s magazine. “I like to draw the individuals out, find out what they’re interested in, and then try and raise some point that connects with that. But mostly, when I take them out into nature I let the forest do most of the education. You can be very didactic, but it doesn’t accomplish what spending three days out in the forest can.”

For years when a call was incoming from the front desk of our Washington office, ‘Tom Lovejoy’ would show up as the party calling—apparently he had secured WWF’s first landline, and so his name was associated with the account. I hope his name is always associated with WWF’s. We wouldn’t be the organization we are today without his influence.

But of course for as much as he will always mean to WWF, he means even more to the field of conservation. He was truly a legend, and his impact will be felt for decades to come. Tom introduced the term ‘biological diversity’ and invented debt-for-nature swaps—WWF’s expertise in conservation finance began with this innovation. From the Smithsonian to Inter-American Development Bank to the World Bank to the Global Environment Facility to the United Nations Foundation, Tom was the person that leaders of those institutions turned to for guidance and advice. Always optimistic, determined and polite, he kept working until the very end with the most mischievous smile, and his bowtie collection was second to none.

Tom once told me that you get more done if you’re having fun. His energy and his light will live on through his family, his countless friends, his many colleagues, and his inspiration he brought to conservation, to science, and to us all. We are in close touch with his family and working with them on communication. We are working with others on ways to honor his legacy, including a possible scholarship for young local scientists in the Amazon. For now, I hope you will join me in holding his daughters Betsy, Kata, and Annie in our thoughts, and redoubling our efforts to safeguard the many places he loved in the world, particularly the Amazon forest and watershed that he loved most of all.

Like many, I too had a long relationship with Tom going back to the 90’s.  We always seemed to be on the same flights heading to Brazil from DC. Tom to the Amazon and I headed to the Matta Atlantico Rainforest.  I was privileged to  have so many extraordinary conversations with Tom. Teaching classes for him was always a scary moment as he had encyclopedic knowledge on so many topics and every word said needed to be carefully considered.

We are deeply saddened by the passing of National Geographic Explorer at Large and renowned conservation biologist Thomas Lovejoy. Throughout his career he brought attention to the fragile state of our environment, and we are so proud to have had such a long and rich relationship with him. He leaves behind a tremendous legacy both in the field and at National Geographic. Our thoughts are with Tom’s family, friends, and colleagues at this time.

Read more about his legacy:  https://blog.nationalgeographic.org/2021/12/25/remembering-explorer-at-large-thomas-lovejoy/

The New Yorker: Honoring the Legacy of E. O. Wilson and Tom Lovejoy