Hooves on the Ground—a Path to Carbon Sequestration

The following guest essay is from Pat O’Toole, a member of SfL’s Board of Directors. Pat is a Wyoming rancher, conservationist, public lands expert and the president of the Family Farm Alliance, which represents Western irrigators. He also serves on the Board of Directors for the Intermountain Joint Venture, a public/private group which advocates for migratory birds. Pat, who served in the Wyoming Legislature and on the presidentially-appointed Western Water Policy Commission, is active in Western water issues, opposing the loss of agricultural water through transfers. He has testified before Congress regarding Western issues numerous times.

Solutions from the Land encourages the sharing of this essay with your member organizations and with all pertinent media outlets.

International climate talks have been underway for several decades, beginning with the 1992 Rio Earth Summit. Following the Paris Agreement in 2018, talks have continued. Agriculture and its role in climate change have been a focus.

Food and fiber production have been endlessly discussed, and largely vilified. In fact, decades-long collaborative processes have seen success with the goal of balanced uses which ultimately enhance all the pieces. Integrated conservation, farming and grazing practices not only work, they are in fact the only thing that has ever worked. 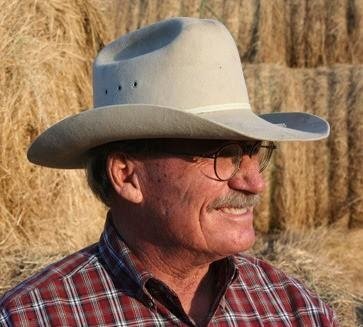 Lost in the talks is the very real—and pressing—need to feed upwards of an estimated 10 billion people by 2050. The Food and Agriculture Organization of the United Nations (FAO) estimates that one in nine people in the world is “food insecure.” All the food hysteria, in direct contrast to the practice of balanced management, contributes to world hunger.

Perhaps the most vilified sector of agriculture is protein—the production of livestock. Some have proposed eliminating “pastoralists”—a category that describes those who tend livestock on the landscape. This encompasses everyone from horse-tending nomads in Mongolia to llama herders in Peru and Bolivia to shepherds in the western United States. Rangelands, including steppe, grasslands and forest lands, occupy around half of the earth’s surface. By definition, they are unsuitable for cropping.

The world’s grazing lands support about 360 million cattle and over 600 million sheep and goats. According to the FAO, “Grazing animals supply about 10 percent of the world’s production of beef and about 30 percent of the world’s production of sheep and goat meat. For an estimated 100 million people in arid areas, and probably a similar number in other zones, grazing livestock is the only possible source of livelihood.” It is an essential food source and economic base for millions.

The Hopefuls vs. the Hatefuls

A key is recognizing that each landscape and watershed is unique. While principles and knowledge gained from generations of experience can be applied broadly in some instances, there can be no mandated “one size fits all” formula for successfully managing the widely varied ecosystems on earth’s rangelands. This is even more true as climate change challenges pastoralists and farmers to be resilient and productive. We must respect the knowledge that has evolved from generations of experience, as people and cultures have learned how to live on the land.

Dictating practices to agriculturalists is comparable to China’s Great Leap Forward. Mandates don’t lead to success. In China it led to starvation. If you want to know how to adapt and adopt, talk to the local people.

Conservation and production: two sides of the same coin

Production is an important part of this discussion. Profitability for agriculturalists is a topic often ignored as planners chart the possible future course of agriculture. Americans in particular are used to relatively low food prices, but this has often come at the expense of lost income to ranchers and farmers. This explains why the average age of ranchers and farmers in the U.S. is 60. Younger people often choose or are forced to leave the ranch or farm. The lack of profitability, compounded by the drumbeat of demonization of agriculture, makes the lack of young producers a worldwide problem. The real story is that feeding the world is complicated, but dependent upon finding balance among the many moving parts.

If the land lies close to cities, or is in a scenic area, it is frequently sold to developers. Thirty-one million acres of agricultural land—175 acres each hour— was lost in the U.S. between 1992 and 2012, according to the American Farmland Trust. The unacknowledged services provided by farmers and ranchers to the eco-system are an unpaid benefit to society. Often these practices are more expensive to implement. A system to provide payment for eco-system services would go a long way toward keeping producers on the land.

Food production is a key here. Those who raise food, whether from grazing animals or cropland, must make a profit to stay in business, keep young people on the land, and maintain open space and wildlife habitat. The alternative is not some utopian, sometimes pre-Columbian, scenario where everyone eats politically correct diets. But rather it is an expansion of food production into

Industrial-scale agriculture, where the health of the landscape and the watershed is not a priority.

Water is inseparable from food production. Grazing animals must have access to water every day. Crops, according to measurements around the world, require about 80 percent of available water. Drought conditions increase, not decrease, a plant’s need for water.

Recent articles have suggested that if we remove cows (and presumably other ruminants) from the world, more water will be available. This ignores several facts. The argument calls for shifting water use to other wants and needs. In reality, it is growing cities, industrial demands, and environmental regulations that moves water away from agriculture in the United States, especially in the arid West.

Urban encroachment continues to swallow up productive farmlands. More farmers and ranchers are converting farmland into residential and business developments. Competition for water supplies are driving Western farmers off the land at a time when American food production in general should be increased. We must not allow our nation’s food production to follow other industries “off-shore” in search of lower costs.

Ironically, because Western irrigated agriculture has been so adaptive and successful at providing plentiful, safe and affordable food, nobody believes there can be a problem. The last Americans to experience any type of food shortages are members of the Greatest Generation and their parents during the Great Depression. For the most part, they have left us, taking with them the memories of empty supermarket shelves. When the issue has never been personalized, it’s easy to be complacent.

Much of water available to agriculture comes from water storage facilities, large and small. Dams and structures hold up early run-off from snow melt or monsoons, making it available for later use. Irrigation—much-maligned these days—provides habitat for migratory birds, groundwater recharge, and late season water coming into streams when the fish need it most. Support of repairing and upgrading infrastructure is a critical and long-neglected need.

A solution is real support for the building and maintenance of existing and new water storage, and modernization of water delivery infrastructure. This too calls for a balanced approach, taking into consideration structures friendly to fish, birds and other wildlife.

Fallowing is another much touted but deceptive practice. When looking to farmers’ need for profitability, it sounds reasonable to fallow lands and “lease” the water to thirsty cities. In fact, it harms to landscape in several ways. First, fallowed land is not producing food, in a time when the gap between world population and food availability (whether it is broccoli or beef or cheese) is growing.

Second, the fallowed land is not planted with a drought-resistant, soil-friendly cover crop. The barren ground is invaded by weeds and wind. Third, the creatures which occupied that land as habitat—be they majestic sandhill cranes or bacteria in the soil—are lost as their food source and water source are eliminated.

Forest lands likewise suffer from the loss of grazing animals. Forests around the world are stressed as the climate changes. Much of the forested land of the American West is covered with dead and fallen trees, due to beetle-kill. These are already a tinderbox, particularly in dry years. If managed grazing is removed, undergrowth provides an additional fire hazard. The removal of grazing from California hillsides is listed as one cause of the catastrophic wildfires seen there.

Lack of healthy trees also reduces the sponge that captures winter snowfall. In Wyoming’s North Platte watershed, the U. S. Forest Service has said the non-functioning beetle-ravaged forest has resulted in 160,000-acre feet less water going into the river.

The message here is that landscapes must be managed in a balanced way. The needs of people, domesticated and wild animals, and the land and soil itself can be done sustainably. All the pieces can be done right, if we focus on solutions not agendas.

Examples abound of innovative production and conservation. The experts are already on the land. We need to identify the practices which allow the production of food and crops and keep the land—from sagebrush steppe to savannah—healthy for all its inhabitants. We need to recognize and support the inter-connected cycles that are already in existence and make it possible to extend this knowledge.

Landowner-led Partners for Conservation (soon to be Partnerscapes) provides examples of decades-long work by farmers, ranchers and foresters, working cooperatively with their partners in communities and government to achieve conservation successes. There is indeed a revolution underway empowering conservation on the ground.

Communities in the Blackfoot watershed of Montana, Little Snake River in Wyoming/Colorado and in Yakima Basin, Washington demonstrate successful projects on the landscape and watershed that are improving soil, improving water quality, improving trout passage and providing other environmental benefits, all using grazing and farming practices to achieve these goals. Animal agriculture is the fulcrum for these successes.

The foundation for some true collaborative solutions will be driven from the constructive “center”, one that steers away from the conflict that can ensue from both new overreach, and grassroots activism intended to resist any changes to existing environmental and natural resource laws, regulations, and policies. The threats to a viable and sustainable rural West and America are numerous, complex, and variegated. Landscape-scale partnerships are the key to resource sustainability for both agriculture and conservation values.

Now we see the effects of climate change, with its accompanying horsemen riding the white horse—pestilence; the red horse–war; the black horse–famine; and plague, the pale horse. (Revelation 6:2–8) The emergence of Coronavirus has stressed every system of social order. It is a time to respect and support food and fiber production. Balance in our response is more important than ever.

We must practice pragmatism with a conscience.

Solutions from the Land (SfL) is a not-for-profit corporation focused on land-based solutions to global challenges. SfL’s mission is to identify and facilitate the implementation of policies, practices and projects at a landscape scale that will result in land being sustainably managed to produce food, feed, fiber and energy while protecting and improving critical environmental resources and delivering high value solutions to combat climate change. For more on Solutions from the Land, click HERE.

November reminds us of all the things for which we are thankful. Farmers, ranchers and foresters are at the top of our list at Solutions from the Land. As we get settled back at home after the United Nation’s Climate Change Conference in Egypt this month, we are especially thankful for the...

END_OF_DOCUMENT_TOKEN_TO_BE_REPLACED

Dear Friends and Supporters of SFL,  Happy Thanksgiving!  There are years that pass by with unexpected challenges and difficulties and we are grateful to turn the page and leave those times behind.  With COVID 19 we can all agree that 2020 and 2021 were years that we will remember...

END_OF_DOCUMENT_TOKEN_TO_BE_REPLACED

More than four years ago, the Iowa Smart Agriculture (IASA) Working Group, composed of Iowa farmers and value-chain partners concerned about the future of their livelihoods, came together for a discussion. They saw volatile markets, supply chain issues, extreme weather events and changing climatic...